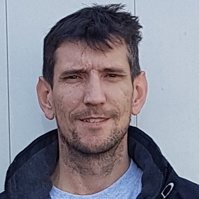 Mike Nelson  transformed the grand spaces of the Duveen Galleries at Tate Britain into something between a sculpture court and an asset strippers’ warehouse. He carefully selected objects from the post-war Britain that framed his childhood – including enormous knitting machines, woodwork stripped from a former army barracks, graffitied steel awnings and doors from an NHS hospital.

Tuplin managed and provided all of the logistics required to move the huge range of source material between numerous origin points and the artist’s studio. The nature of the acquisitions meant that there were lots of very heavy, large objects requiring special, specific transport and handling at both ends. The purchasing process meant that Tuplin were often required to coordinate the transport at short notice, as many items were acquired from auction rooms or factory sites across the UK with items having to be removed immediately after release. There were even occasions when we could not be 100% sure of what we would be collecting.

After the raw source materials had been delivered to the artist’s studio they were transformed into the magnificent sculptures that would later go on display. Tuplin were then able to collect the finished works, piece by piece and in specific order, and deliver to Tate Britain to be built up into the final exhibition.